Low-cost airline easyJet will launch two new domestic flights from Bristol Airport next month as more holidaymakers opt for vacations this summer to avoid quarantine upon their return home.

The airline, the airport’s largest operator, is due to start flights to Aberdeen on July 9 and Jersey the next day.

Both will put it in competition with the Scottish carrier Loganair, which has taken over the Aberdeen service from the bankrupt airline bmi, and which serves Jersey from Bristol as part of a partnership with the Channel Islands airline Blue Islands. .

EasyJet’s flights to Jersey will operate three times a week – Tuesdays, Thursdays and Saturdays – with fares starting at Â£ 14.99.

Its flights to Aberdeen will operate four times a week – Mondays, Wednesdays, Fridays and Sundays – with fares starting at Â£ 24.99.

Jersey is part of the UK’s Common Travel Area, along with the rest of the Channel Islands, Ireland and the Isle of Man, so UK residents on holiday do not need to be quarantine.

Ali Gayward, National Director of EasyJetUK, on the picture, said: ‘We know our customers are eager to reunite with friends and family or have more opportunities to explore the UK, so these new routes from Bristol should prove to be popular and will strengthen again our home network offering customers even more choices. “ 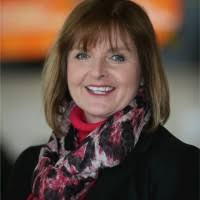 â€œEasyJet’s continued expansion from its Bristol base is a true vote of confidence in the region and ensures that customers living in the South West will benefit from an even greater choice of the routes available from their home. local airport.

â€œProviding our region with more opportunities to connect with friends, family and loved ones as well as for business, tourism and education has never been important. Customers can also be reassured that the health, safety and security measures in place in aviation remain our top priority to support opportunities to start traveling and connect again. “

EasyJet flies to more than 70 destinations from Bristol – more than half of the airport’s total – using its 17 planes based there. He announced a series of new European destinations departing from the airport earlier this year, including the Greek islands of Mykonos and Santorini.

The airline has a “promise of protection” which means customers can change their flights this summer without change fees, any time up to two hours before departure.

European services have resumed from Bristol with arrivals and departures to and from destinations such as Tenerife, Valencia, Dublin and Beziers taking place today.

Meanwhile, Jet2, the UK’s third-largest airline which announced last November that it would start flying from Bristol to 33 holiday destinations, has praised efforts to restart international travel. 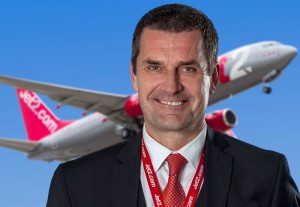 â€œThe deployment was a huge success, so it’s time for all of us to enjoy it.

â€œIn addition to vaccination rates, the UK government has said it also makes decisions about international travel based on infection rates. If this data drives these decisions, we believe that destinations such as Malta, the Balearic Islands and many islands in Greece should be open to holidaymakers from the UK.

â€œRight now the UK remains firmly entrenched and our customers are left wanting while the rest of Europe opens up. We look forward to flying again soon and will continue to work with the UK government to make it happen. “

At easyJet, Ms Gayward said the airline continued to urge the UK government to add more countries to the green list – which can be done safely – in order to make holidays abroad possible again.

â€œWe continue to have some of the most flexible policies currently in place so customers can book with confidence and change their plans if they need to, making travel as easy as possible this summer,â€ he said. she adds.

Vacation giant TUI has announced it will introduce flights to 36 destinations from Bristol Airport next summer, including long-haul favorites Cancun and Florida.