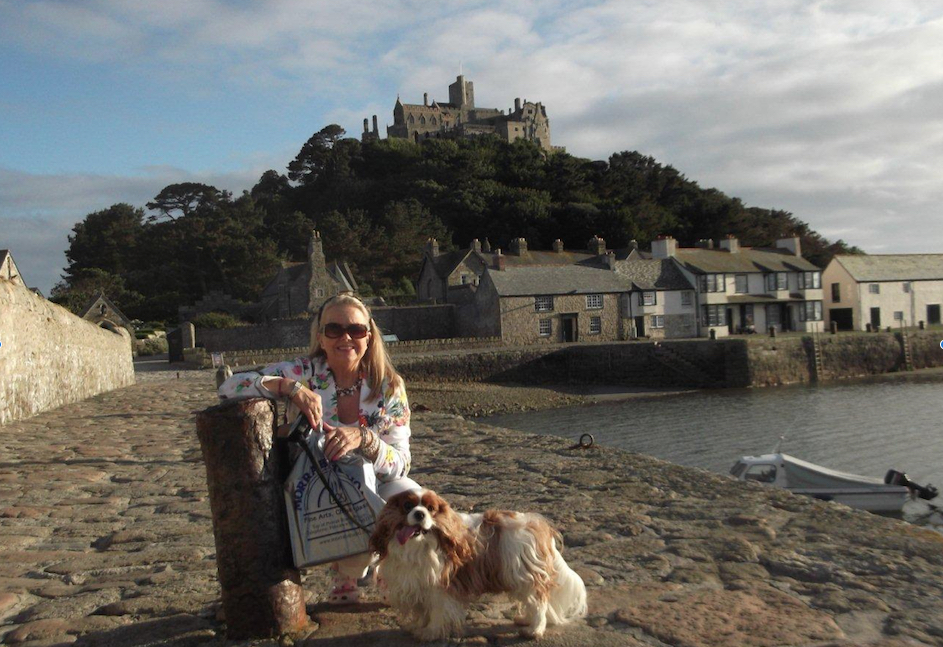 “A Greek Island Nature Diary” is a watercolor journey through the country’s most remarkable flora and fauna, with every flower and animal lovingly portrayed by an artist who fell head over heels in love with Greece ago. long time.

Written and illustrated by Jani Tully Chaplin, her new book is described as “A cornucopia of watercolor studies of flora, fauna and natural objects found in Corfu and the Ionian Sea, studded with fascinating references to history, mythology, medicinal and culinary uses. “

A graduate in art and art history from Great Britain, Tully Chaplin shows the most distinctive flowers and animals of Corfu and the Ionian Islands in delicate watercolor hues that emphasize their beauty as well as their fragility in the modern environment.

Chaplin’s Diary is a treasure trove of highly detailed watercolors and pencil drawings of scenes of flora, fauna and nature that she observed and collected during her family’s stay in Corfu and while sailing the Ionian Sea on their catamaran.

Watercolor and gouache are the ideal medium for his exquisite craftsmanship.

His diary is based on his notes and sketches made in secluded coves, along its countless beaches and in the thyme-scented mountains of the interior of Greece.

Along with these studies, the book includes many fascinating, informative, and even practical descriptions of the medicinal and culinary uses of the plethora of wild plants and flowers found in this naturalist’s paradise.

In addition to his own personal observations, the text reveals surprising links between ancient Greek civilization and modern medicine; references to associated Greek mythology and folklore mingle with quotes from poetry and prose associated with the plants.

Ask by Greek journalist What first struck her in the country when she first visited there, she explained that her very first experience with Greek culture was actually in Cyprus, in 1978, when she s ‘went there to visit friends.

“As soon as I got off the plane at Larnaca airport, I felt like I had come home. Everything looked deliciously already seen, as if I had been there before. Even the goats with long ears looked familiar!

“What struck me most was the wonderfully hospitable Greek people and their exuberant attitude to life, as well as the sheer beauty of the landscape, unspoiled beaches and mountains, abundant flowers and trees, not to mention absolutely delicious food and wine! I even fell in love with the language which I started to speak very easily, and I loved the traditional music and dances of course.

Soon after, in 1980, after marrying her husband Jeremy, they left their home in Salcombe, South Devon, to travel to Cyprus for an extended two-month honeymoon.

They ended up living on the boat for two years, only returning to the UK for the birth of their son, Rory. However, as she says Greek journalist, “Jeremy and I never felt at home in England and wanted to go back to Greece. When Rory was 15 and his sister Miranda was 10, we flew to Corfu for a week’s vacation.

“Immediately looking forward to being on Greek soil again and falling madly in love with the island and its wonderfully kind and friendly people, we decided to purchase a larger catamaran to stay on the island,” recalls- she.

“My family and I spent eight years on our deep sea catamaran in Corfu, from where we sailed the Ionian Sea and visited many other islands. Jeremy and I spent another four years building an all-season home for our family in North East Corfu, ”adds Tully Chaplin.

These eight idyllic years are described in his autobiographical book, “The Butterflies Fly Backwards”; the sequel, “The Swallows Fly Back”, which will be published in October 2021, takes up the story of Chaplins where the first book ends.

Both books, along with A Greek Island Nature Diary, feature photos from Gerry Durrell’s family albums as a boy in Corfu and later as a world-renowned author and environmentalist; proceeds from all books will benefit the Durrell Wildlife Conservation Trust.

As most people know, the life story of the Durrells was filmed as a delightful TV series called “The Durrells in Corfu”.

When asked how she became interested in botany and the world of nature, Tully Chaplin was enthusiastic.

“My earliest memories of my love of nature go back to my childhood when my father took me for nature walks; the beaches, moorlands and countryside of my hometown in South Devon were my playgrounds and classrooms, ”she says.

“My father had a deep knowledge of the natural world and was a naturally gifted artist; he inspired me to collect, draw and when I was old enough to write notes on whatever we found. There has never been a time when I haven’t picked wild flowers, collected seashells, sea glass smoothed by sand, beautifully colored autumn leaves, feathers, pebbles, fruits of the sea. the hedge, nuts and seeds!

Although she owns a number of Greek books on plants and flowers, she says “to my knowledge there has never been one written in the same” nature journal “format with illustrations on the side. watercolor, pencil sketches executed in situ from nature, with personal observations by the author.

“Many medicinal, scent and culinary uses of wild plants have been passed down to me from venerable Greek yiayas and pappous! Many applications are preserved in Greek folklore and traditions dating back to the ancient Greeks and Phoenicians.

“Unfortunately, some uses have been forgotten and buried by the sands of time,” says the author, “but many, many hours of my painstaking research, mainly in older books on the subject, as well as on the Internet, have brought to light day the most incredible and extraordinary links with the discoveries and the medical advice of the great Greek doctors, ”she said in amazement.

“Some Corfiote scientists, health professionals and botanists today have kindly checked my research and recounted their own findings. “

“Greek mythology reveals coincidences in wild plants and their uses that cannot be denied; some may call them “old wives’ tales”, but these old wives knew a thing or two! she said with admiration.

“’Never eat bananas when you have a cold’ was a common tip I got from Greek housewives. Laughing at this strange belief, I deepened my research and found that bananas encourage mucus production. After all, modern medicines and homeopathic remedies today have their roots firmly in the very advanced civilization of ancient Greece, ”she explains.

“The insignificant but aromatic little herb Calamint, which blooms in Greece and its islands, has been planted around homes since time immemorial to deter snakes and mosquitoes. In Greek mythology, Calamint was the only thing that would repel the legendary gargantuan Basilisk. The humble wild carrot is high in phosphorus, which has given rise to the sensible belief that carrots help to see in the dark.

Tully Chaplin, always interested in all aspects of the natural world, also included paintings of some animals, birds and insects found in Greece and its islands, with interesting details about their way of life and habits.

“This highly fragrant white flower submerges the most remote sand dunes of many Greek islands from August to October. Growing straight out of dry sand, the extraordinarily beautiful lily is now protected by Greek and international law.

“I think he represents Greece perfectly because he is incredibly beautiful and as his name Pancratium, (meaning ‘all strength’ in Greek) suggests, is strong enough to survive and thrive, no matter what the odds, and to uplift the hearts and minds of all who experience it – just like the Greek people! ”she said warmly.

Tully Chaplin and his family have traveled far, including Crete, Rhodes, Cyprus and the Ionian Islands, to see all the nature that Greece and Cyprus have to offer and to allow him to capture its beauty in watercolor.

“Everywhere we sailed, we explored not only the coastal areas but also the countryside and mountains on a rental motorbike, collecting wild flowers and plants to paint once we got back on our catamaran,” she recalls. his home in North Cornwall.

Anyone who wishes can, like Tully Chapin, be immediately transported to the breathtaking beauty of Greece just by reading his memoir and watching his exquisite depictions of the country’s flora and fauna.

With “Butterflies Fly Back”, “Swallows Fly Back” and “A Greek Island Nature Diary”, Tully Chaplin is also the author of “The Manor House Stories”.

A Greek Island Nature Diary, published by Unicorn in the UK, will be available from October 4; anyone interested can pre-order the book here.

Rebound for the Greek cruise industry