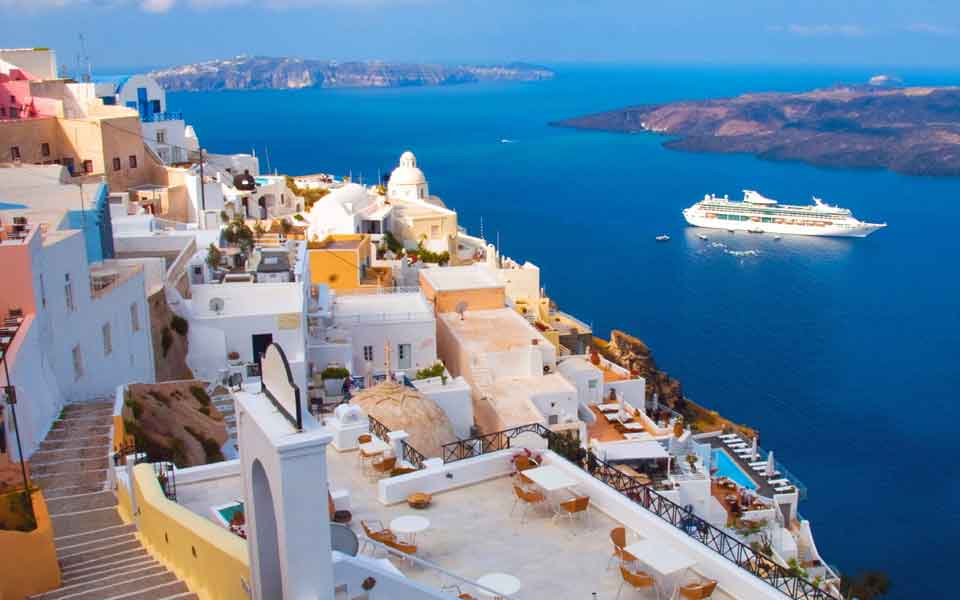 Despite the third and fourth waves of the coronavirus pandemic that hit the tourism industry last year, the Greek cruise market managed to recover around a quarter of the passenger traffic seen in the record year 2019, with about half the number of cruise ship visits to its ports. compared to two years earlier, according to data published on Tuesday by the Hellenic Association of Ports (ELIME).

After a year of minimal activity, with only 210 cruise ship calls and 67,528 passengers in 2020, the Greek industry experienced a significant recovery in 2021, with 1,957 cruise ship calls around Greece and 1,316 662 passenger arrivals, not counting the data for the last quarter of the year in the largest Greek port, Piraeus, which will be released later.

When the Piraeus data for the October-December period is taken into account, ELIME estimates that the sum of passengers will likely exceed 1.4 million across Greece – more than 25% of the 5.5 million recorded during the last pre-pandemic year – and port calls will exceed 2,000, more than half of the 3,979 recorded in 2019.

The disparity in recovery rates is due to security measures that required less capacity.

The Greek ports with the most calls last year were Piraeus, Mykonos, Corfu, Rhodes, Santorini, Katakolo and Iraklio, in that order, while the highest number of passengers were recorded in Piraeus, Corfu, Mykonos , Rhodes, Katakolo, Iraklio and Santorini. .

ELIME further noted that the outlook for 2022 is positive for the cruise sector in Greece, “based on the increase in registered reservations, the possibility of extending the tourist season thanks to new agreements and the strengthening of homeporting in Greek ports, with companies in the sector moving in this direction.”

He added that these forecasts take for granted “the rapid and effective fight against the expansion of the Omicron variant and the continued containment of the pandemic”.

The port association stressed that “cruise companies and ports are taking all necessary measures based on Greek health protocols so that passengers enjoy the highest possible degree of safety in cruise tourism, a sector significantly damaged by the pandemic”.

ITA Airways launches the summer season on the French market

How Long Does Bad Credit Last? Find Out Now!

Greece gets 30% of Thomas Cook bookings