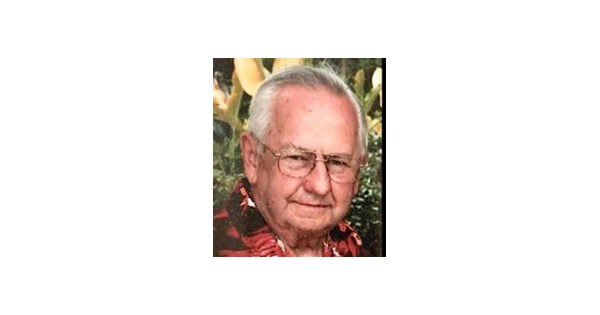 George John Kolb, Jr.
It is with great sadness that the family of George John Kolb, Jr. (83) announces his peaceful passing on January 7, 2022. George John Kolb, Sr., and Mae Kolb’s son, George is survived by his high school sweetheart and beloved wife of nearly 64 years, Florence; and his sister, Joyce Simek (Paul). George is also survived by his six children, David, (Alexandra) Lois, (James) Gregory, (Leslie) Kris, (Troy) Kathryn and Julie, (Tom); as well as 16 grandchildren and 16 great-grandchildren.
Longtime residents of Romeoville, where they raised their families and were members of the St. Andrews Ward, George and Florence were enjoying their retirement in Shelbyville, Kentucky. George was proud to be one of the first volunteer firefighters in the village of Romeoville where he served for 22 years. As a firefighter, he most enjoyed the camaraderie of other firefighters and the satisfaction of serving the village for routine calls as well as memorable events, including the Union 76 refinery fire and the plane crash of Lewis University.
George and Florence loved to travel, having made several trips to Europe, and particularly enjoyed the Greek islands. He was a family man whose favorite hobbies included bowling, model railroading and fishing. Family was the essence of George’s life. He was proud and honored to be the patriarch, father, grandfather and great-grandfather of our large family.
A former honorably serving in the United States Army, George will be buried at Abraham Lincoln National Cemetery at a date to be determined.

Mitsotakis reaffirms strong ties between Greece and the United States

Hydra, one of Greece’s most captivating islands